Building a more prosperous future with an employee-owned economy

Certified EO is building a future where employee-owned companies are a mainstay of the American economy. Where the benefits of employee ownership are widely recognized and are seen as one of the defining aspects of a great business.

In this future, EO companies will be the employer of choice for millions of job seekers. And being employee-owned will be a major differentiator with clients and consumers. 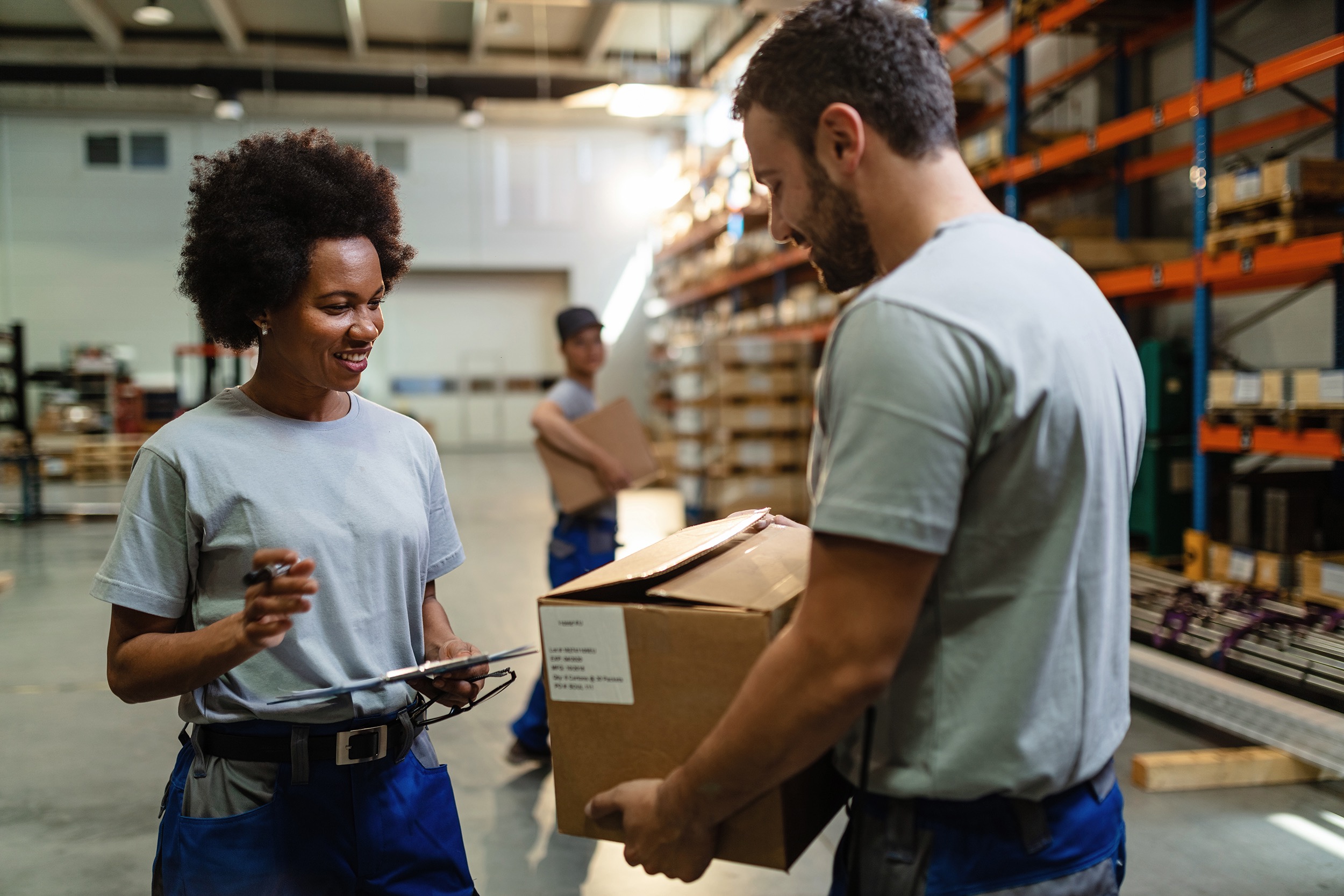 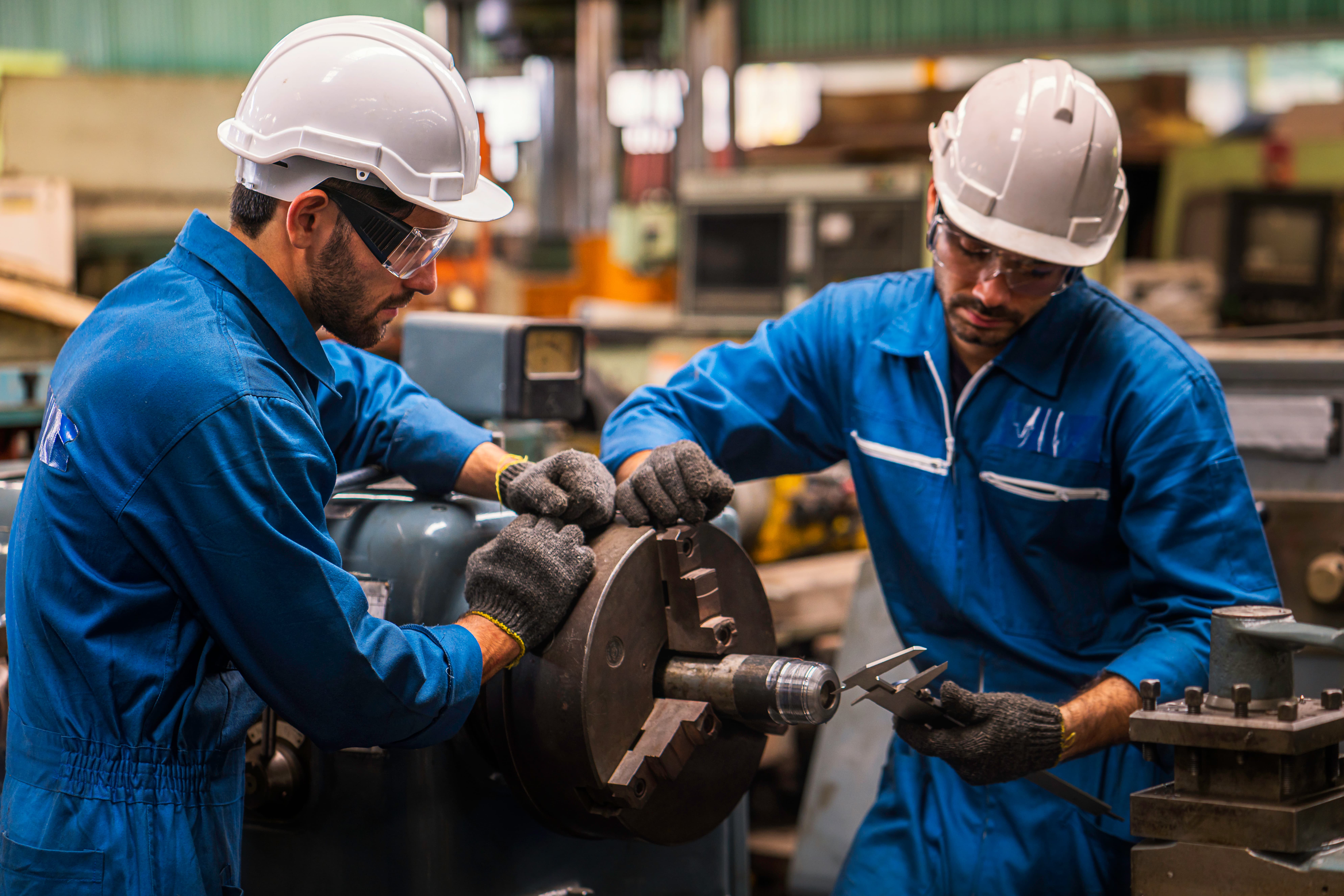 How it all started

The Movement,
The Community

In early 2016, Thomas and Kramer sat down to share ideas on how to increase the visibility of employee ownership. Inspired by the success of Made in America and Fair Trade, the two decided that a certification program for employee-owned companies would be a great way to combine the reach of the community to start a drumbeat of support.

The next year and a half were spent discussing the idea with stakeholders in the EO Community, developing the certification standards, and connecting with employee-owned companies. Certified EO officially launched in September 2017 with 28 Founding Members.

Is your business at least 30% employee-owned? Get certified and start reaping the benefits of a Certified Employee-Owned membership.

How it all started part 2

The Power of
Employee Ownership

Thomas Dudley and Kramer Sharp founded Certified Employee-Owned in 2016 with a simple goal in mind: to make it easy for Americans to find employee-owned companies.

At the time, Thomas was working on a Ph.D. in Organizational Behavior at Stanford’s Graduate School of Business. He had come across academic studies of EO companies that demonstrated the power of this model to change lives and strengthen the economy.

As Thomas dove into the data, he kept finding out that companies he knew and loved were also employee-owned. Excited and surprised by the widespread nature of this model, Thomas shared what he was learning with his long-time friend Kramer. The two kept asking the same question: why have we never heard of this before? 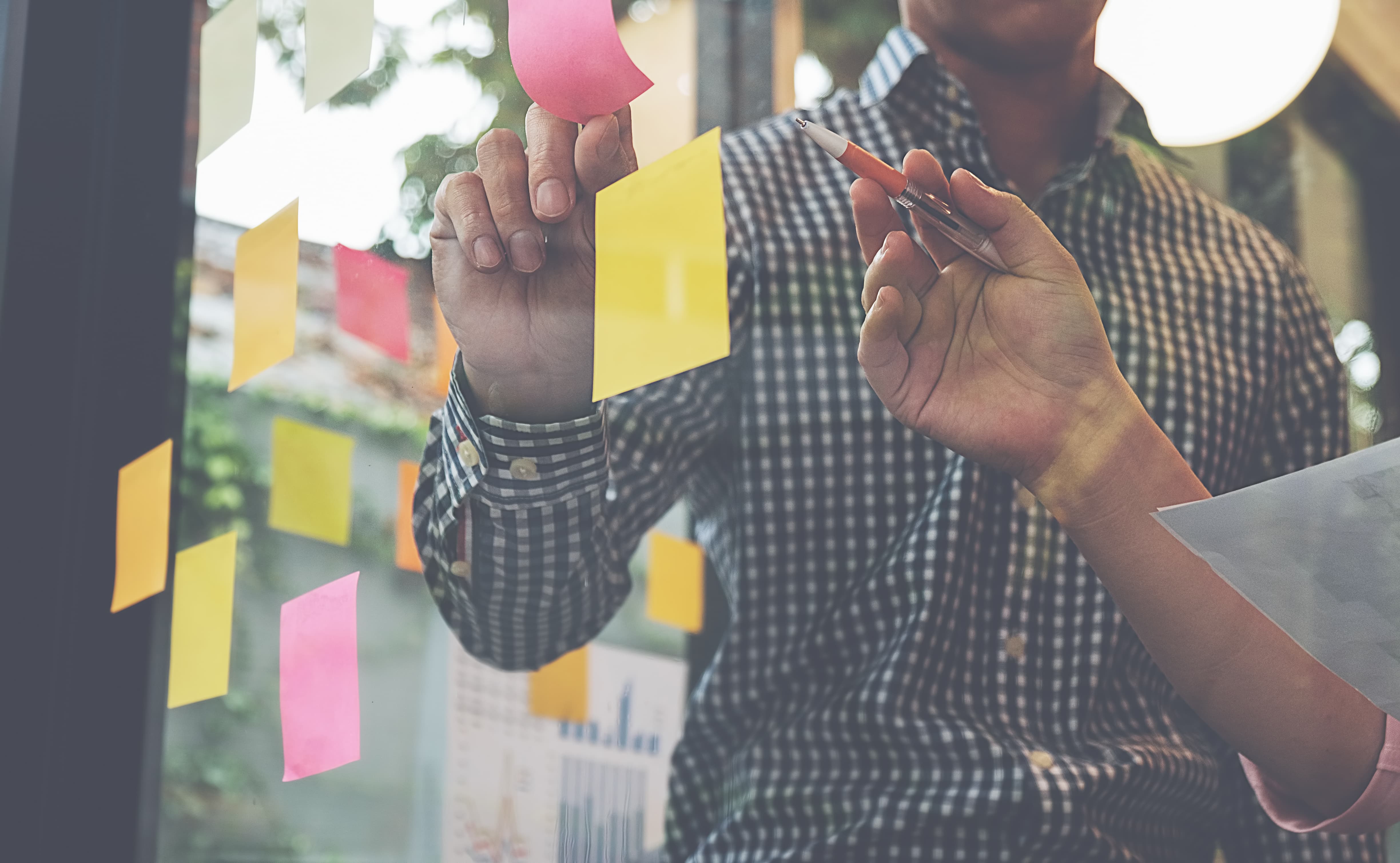 Their sample toolkit worksheets and webinars have been tremendously helpful in strengthening our Employee Ownership culture from internal communications, recruiting, social media, and marketing.

We are proud to display the 100% Employee-Owned Certification Mark.

How to get certified

Ready to get started? We’ve been told the process is rigorous yet highly efficient.

Explore member benefits in a short 20-minute call. If you’re interested in proceeding, we can dive right in with a 45-minute demo.

Apply by filling out a certification questionnaire. This typically takes 1-2 hours.

Meet your dedicated Membership Manager and discuss your priorities. Learn how the Member Platform works and create your annual communications plan.

Get ongoing support—stay on track with project reminders, webinars, and regular contact with your Membership Manager.

Does your business meet the certification standards?

Is your business at least 30% employee-owned? Get certified and start reaping the benefits of a Certified Employee-Owned membership. 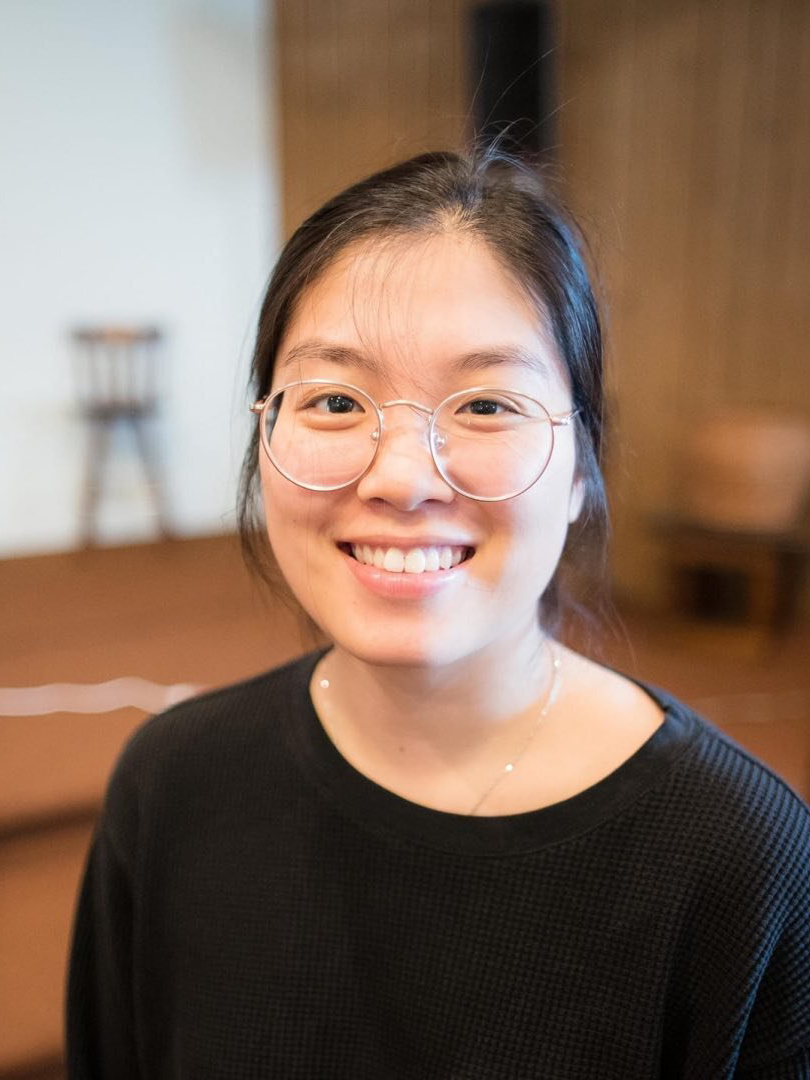 Susie is a creative that is passionate about the space of animation and story-telling in her work. Before joining the Certified EO team, she was a graphic designer for INC Corporate Services, a small business based in New York. She is also passionate about baking and runs her small baking company on the side. Susie received her B.S. from Queens College, and thrives in the art world. 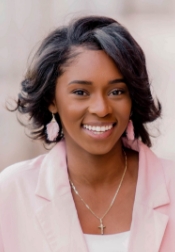 Shimecca has 6 years of Graphic Design experience. Before joining the Certified EO team, she was an entrepreneur who helped grow small businesses by designing Graphics and Marketing Materials to drive sales and multiply their numbers. After obtaining her B.A in Sociology in 2018, she served on the board of a non-profit organization as a Creative Director and since then has had a passion for helping small businesses within the digital space. 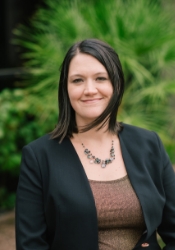 Lindsay has over 8 years of experience in the employee ownership space, including first-hand experience building a culture of ownership at King Arthur Baking Company. Her background serves her well as she helps prospective members explore Certified EO membership. Lindsay graduated from New York University’s Gallatin School of Individualized Study with a B.A. in Interdisciplinary Arts. 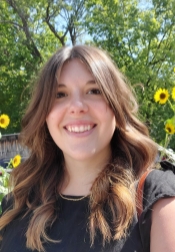 Rachel brings 5 years of Marketing experience in the multi-family real estate and quick service restaurant industries, providing comprehensive marketing strategies to a multitude of clients. As a Membership Manager, Rachel works directly with Certified EO's members to inform and engage with them on all things employee-owned. She has her B.A. in Communication from Truman State University. 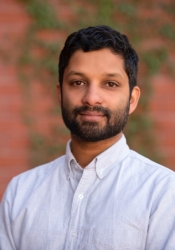 Zarin is excited to help grow the employee ownership community and build national recognition for this unique business model. Before joining the Certified EO team, Zarin was the Executive Director of Community Thrift Store, a nonprofit in San Francisco. Zarin discovered the power of EO while completing his MBA. Zarin graduated from Presidio Graduate School with an MBA in Sustainability and University of California, Santa Cruz with a B.S. in Marine Biology. 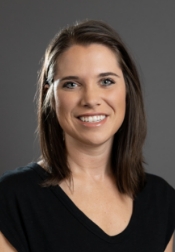 Gabi has 11 years of account management experience. In this setting, she was able to see first-hand the benefit employee ownership can bring to the environment and quality of the company. Gabi graduated from Southern Methodist University with a B.S. in Psychology followed by a Master’s in International Psychology from The Chicago School of Psychology. 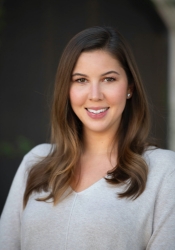 As part of the Membership Team, Adrienne produces positive experiences for members. She’s a graphic designer who’s previously worked with non-profits around the world and uses her background to create meaningful products for current and prospective employee-owners. Adrienne graduated from the University of California, Berkeley with a B.A. in Art History and History and the Art Institute of San Francisco with a degree in graphic design. 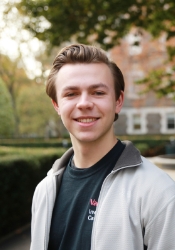 Randy works directly with Certified EO's members to deepen their engagement with employee ownership. Previously, Randy worked in community development finance and underwrote loans for affordable housing projects and small businesses. He currently serves as an advisor for One Up Action, a nonprofit that supports youth climate activists. Randy received his B.S. from Fordham University, and as an undergraduate, he worked as a fellow with the university’s social innovation hub. 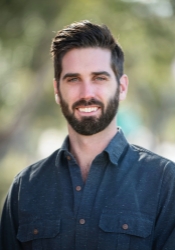 Kramer uses his software engineering background to lead technical and operational projects for Certified EO. He co-founded Certified EO after Thomas introduced him to the concept of employee ownership and realized finding and supporting EO companies was too difficult. Kramer graduated from the University of Virginia with an M.S. in Management of Information Technology, a B.A. in Computer Science, and a B.A. in Economics. 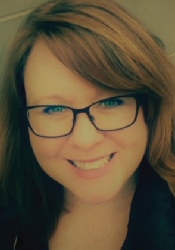 Shelly founded her own business management company and spent nearly a decade partnering with employee-owned companies and service providers across the country. After championing the cause for years, it took less than a year away from the EO space for Shelly to realize her skills, her expertise, and her heart belonged to furthering the mission of growing an employee-owned economy. 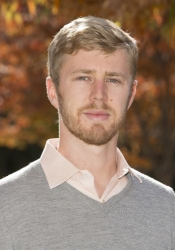 Thomas is a passionate advocate for employee-owned companies. Thomas co-founded Certified EO while working on a Ph.D. in Organizational Behavior at the Stanford Graduate School of Business. Thomas graduated from Stanford University with an M.S. in Statistics and the University of Virginia with a B.S. in Physics and a B.A. in Mathematics.